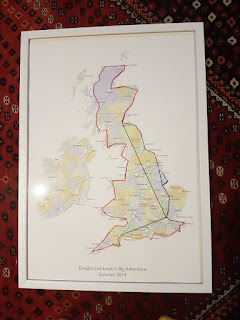 So like yesterday we woke up early at 7 at left Sandwich at 8ish. Talking of yesterday after our drinks in the cafe dad and I cycled CYCLED down to the beach a couple of miles from Sandwich and I put my hands only in the sea. You could see the mist from the sea as it was so hot. We then got back and did not have lunch but went into our hotel room for a shower at 2 and after that walked around the town. We had dinner with Peter and Ruth at 7 which ended up not as the best night ever shall we say but the main courses were free in the end😉.
Anyway we cycled a solid 20 or so miles so to Whitstable where we had a drink and continued on for another 25 miles. here we encountered to track like paths the scenery changed slot and became more industrial. My legs were aching now because I hadn't had my vitamins to keep me going. And we arrived in Rainham (the Kent one) and I had a full English breakfast when we found a place to eat. We only had 16 miles to go. I was overjoyed! The sun also decided to come out halfway through this leg as till then it had been rather overcast but perfect for cycling. And we arrived in Ebbsfleet international😊. We bought a ticket for our train back to stratford took a selfish(as you can see) and the train arrived. 10 minutes later we were in Stratford and leaving we saw Tessie and Dee who had come to welcome us home aw. We also had an ice cream on the way back and we reached home by 4:00. It's so nice to be home. I really really really hope that this is the last time I had to blog but it has been fun I'll admit it. All very  ticketyboo now. We cycled a total of 500 miles this last part. Thanks for following us and reading my blog of our trip around Great Britain. X.

The team on final day 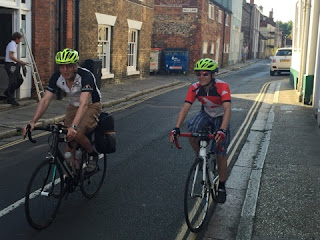 Picture taken by Peter Lampe, who put us up for the night and came to see us off in the morning.  Thanks Spara and Cubby hole the property selling Web site. 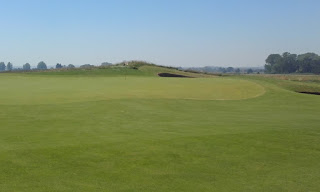 Crossing the golfing green at sandwich 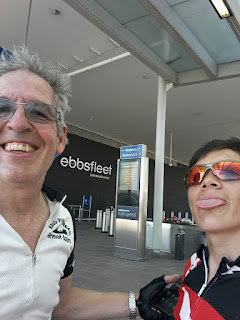 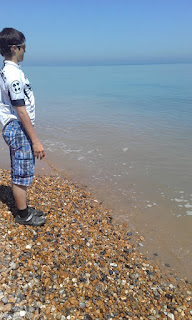 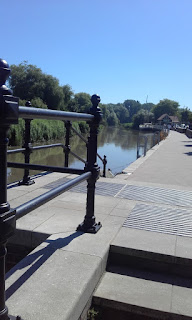 Down by the riverside at Sandwich

A father, Dwight age 59 and son, Lewis age 13, from East London, with a plan nearing completion to cycle the coast of Britain in July-August 2014 to summer 2016. Couch surfing along the way. Education, fun, memories, making it up as we go along.
Promoting the 'at risk' nationally import Wanstead Park
www.wansteadpark.org.uk

Sponsored by:- itdoesthejob.com, Sportpursuit ltd, Cubbyhole ltd, SPARA, Patrick Holford and especially all those who have offered their homes for us to stay the night on route. Thank you!

We are using our UK record breaking cycle ride as an opportunity to raise money for Friends of Wanstead Parklands, a charity which is very important to us ....we want to do our bit.
Possibly East London's most neglected national park and garden asset. ,Currently on the Heritage England at risk register. To make a contribution, CLICK HERE!
thank you in advance